The geographic and geological characteristics of the Étang de Berre and its surroundings explain the unique ecosystem of flora and fauna which make the lagoon a remarkable biotype by world standards and a biodiversity hotspot. The banks of the lagoon abound with rich biological areas, particularly the wetlands.

As a result, over 3,000 hectares around the Étang have been recognised as habitat for rich biodiversity, with a remarkable variety of fauna: 359 bird species, 53 mammal species including 16 species of bats, 19 species of reptiles, 9 taxons of amphibians, 135 butterfly species, 52 species of dragonflies and 74 species of grasshoppers, crickets and locusts (orthoptera).

The complex ecological system of Étang de Berre is also home to many endangered species of flora and fauna, some of which are endemic: the European eel (migratory fish), rock sea lavender (endemic coastline plant), the long-fingered bat, the south-western water vole (micromammal), south-west European nase (river fish) and the raft spider. 20,000 water birds have regularly chosen to take shelter in the Étang de Berre area since 1995, making it one of the most important sites in southern Europe for the protection and observation of birdlife. 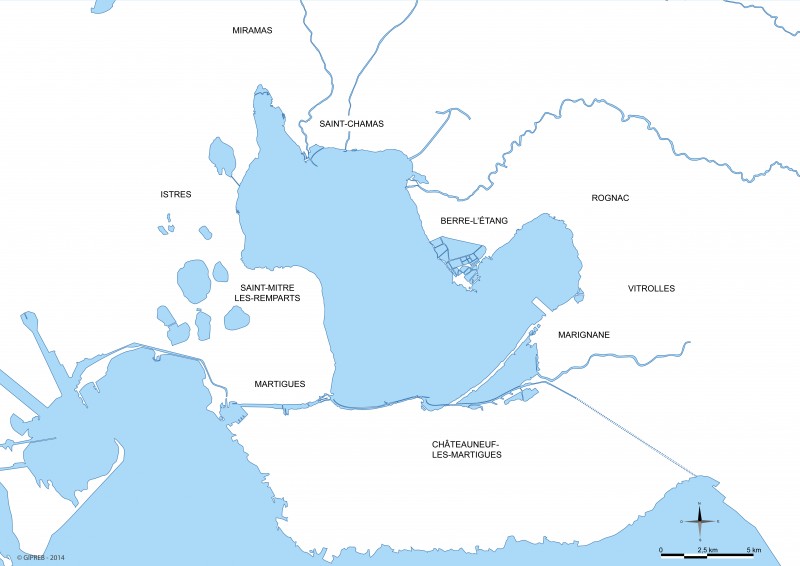 Bird species are particularly observed in certain remarkable natural areas: the Étang de Berre coastline and the Mediterranean coast, and several locations on the Canal de Caronte. Most of the hills and the urban areas have not yet been greatly investigated. More censuses would enable both greater understanding of the local biodiversity and more precise localisation of heritage species in the area with their populations and legal conservation status.